The concept of Cutter Networks was founded in 2001 on the deck of a boat out where you understand the importance of communications. They can be pretty hard to get there. Since that time, it has established itself as a trusted data communications leader in the industry. 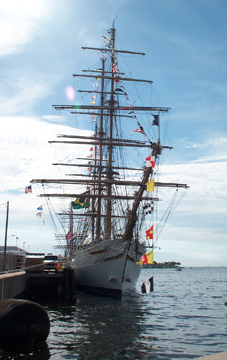 The industry has changed considerably since Cutter Networks was formed and we have changed with it.


In the beginning most communications traffic was voice. Certainly, there was data but to a lesser degree. Consequently, we started by offering equipment for voice and data over 56K, ISDN, Frame Relay, T1, E1, T3, and E3. Demand for higher and higher data rates at longer distances in last mile applications over existing copper brought about the use HDSL, DSL and SHDSL which made that possible. Where no copper or fiber was available, microwaves have filled the gap. Ethernet load balancing is being used to as well as other E1 or T1 bonding techniques to better utilize WAN links. Where bandwidth has been limited, voice compression has been utilized allowing for conversations to take place over oceans to call centers or for other global commerce. More and more however, data travels over high speed fiber links, with one or more 10 GbE or 100 GbE data streams over a Carrier Ethernet fiber network. These networks not only have much higher data capacities, they are more reliable than ever before. Today legacy traffic passes over IP using TDMoIP or VoIP. There is a growing market for Multi-Service access nodes to handle the TDM and the IP migration. These replace the traditional DACS particularly in Utilities and Transportation. VoIP is finding its way to more and more desktops. FTTH is well underway. WiFi is everywhere, mobile cell backhauls are rapidly expanding and backups as well as other applications are migrating to the cloud and IoT is emerging everywhere Even those of us who have participated in this expansion of the communication age have constantly dealt with the inevitable challenges of this migration of legacy services, data and equipment higher speed connections, protecting the investment in the older technology while migrating to the new.

It is truly an amazing time. Cutter Networks is proud to be a part of this transition.